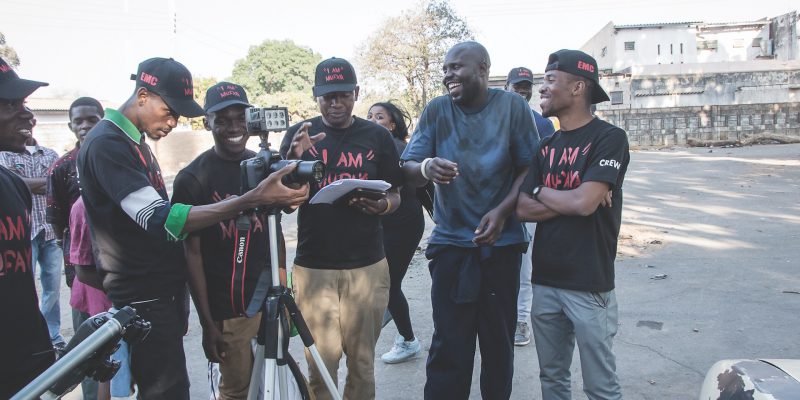 When one hears of a local film garnering international acclaim and recognition there is a tendency to extend the term ‘local’ to mean countries in the region. South Africa perhaps. Or maybe a little further afield. And that is not to belittle the Zambian film industry, or Zedwood as some stylise it, much to this writer’s chagrin. Industry insiders would be the first to accept that local film is not moving at the rate it should. Despite the popularity of cinema halls around Lusaka and other urban centres, Hollywood and Bollywood predictably dominate. Though they are given a run for their money in the pirated DVD sales at any bend down store along the streets of any town’s commercial districts.

So when we heard of the accolades received by the producers of local film Mufaya, it was a minor victory for local pride. Such is the lack of things to get excited about. That’s not to say nothing is going on in the Zambian film industry. But gone are the days of Play Circle where local viewers would gather round the small screen to watch the like of Maximo and Sausande. Nowadays Zambians are a much harder crowd to please. Yet when Mufaya was released, pleased they were.

Executive producer Nasho Mapulanga was quick to emphasise the team effort that went into the production. Much like an actor with a carefully worded and well-rehearsed award ceremony acceptance speech, he made sure to cite all the names that played a critical role. Of note were the director Felix Muyembi Jr and Joel Kapungwe, who wrote the screenplay.

Raised in Lusaka’s Kabwata area Nasho has been involved in drama his entire life. To him, having an outlet for his creative talents was always the dream. So much so that enquiries about him on the street he grew up on were roundly received with recollections of the plays and skits he would organise in the home with his siblings and with his childhood friends.

Nasho enjoyed a very supportive family environment. He credits them, especially his parents and younger sister Namakau, as being very willing participants in his activities.

“At home, with my parents and siblings, we’d make a stage and recite a poem or put on a little sketch. Those kind of things. That was when I was in grade six or seven. My siblings wouldn’t always be enthusiastic. But the one who was always willing was my younger sister Namakau. We would push each other and challenge each other to do things. She would always be my partner in crime in terms of organising and mobilising. She was always a willing party.”

Nasho and Namakau would even stage debates at home with their parents asked to act as judges. Such a lively character was he that he was well known in his neighbourhood. When spoken to a few neighbours even responded with the reference, “uja wa vochita chita”, roughly translated was ‘the child who was always putting things together’ on account of the variety shows he would organise.

Active in debate and art at school Nasho was also a member of the drama club. He cites his drama teacher, noted actor Jomwa Musinje Mwale, as a big inspiration on his career.

Though he initially left for South Africa where he entered the hospitality sector Nasho was too creative to remain there. The monotony of the job led him to study marketing and return to Zambia where he started working for Young and Rubicam. This is a career change that he feels has helped stimulate the innate creativity that lay dormant during his stint in hospitality.

“In hospitality I knew everything that I had to do, it was the same clients. I was serving menus and had the menu literally stuck in my head. So I went to study marketing and when I came back I thought I should try advertising. And the beauty of client service is that you’re always handling a different client every day. Today its seed, tomorrow it’s a bank, the other day its retail. And I love the aspect of the creativity. Like when we’re shooting a TV ad. And I think that prompted me. We would be shooting an advert, I’d be on set and I would be curious. So I think that led to the path I took.”

Nasho upon receipt of Isignia of Recognition award from President Lungu, as Botswanan president Ian Khama watches on

He and some colleagues decided to pursue their love for filmmaking as well as fulfil their desire to help their community.

“We started a Youth Project in 2013 called VIP (Victory Inside Project), helping young people to use their talent to earn their living/livelihood. The objective of the project was to assist young people to get ahead in life – especially education through their talent. I was encouraged that this was a project the world needed to see.”

Their first work was Chimfya. It was based on the true story of a boy band from Lusaka’s Kalingalinga township who used dance to take themselves to school.

“The team thought we should do a documentary. Instead I opted to do something different that would appeal to other youth, animation. And that is how Zambia’s first animated film was born in 2014 – Chimfya, which means to overcome against all odds in local language.”

The film was well received and Chris Stick Phiri was awarded for best script at the 2014 ZAFTA film festival. It has since gone into the national archives as Zambia’s first animated movie to hit the silver screen. The film featured animated versions of some popular recording artist such as Pompi, Cactus Agony, Maureen Lilanda and Rachael Nanyangwe.

Next came VIP’s flagship offering. Mufaya is Lozi for a skilled warrior, and is a movie about the dangers of drug and alcohol abuse. This was a topic close to Nasho’s heart as many of the friends he grew up with have succumbed to the vice.

However, the success garnered by the movie has hopefully gone some way to addressing the matter. By Zambian standards Mufaya was a mammoth task. The movie itself taking almost two years to produce. However, the duration proved worth the wait.

“Mufaya was premiered at what has been described Zambia’s biggest movie premiere of the year. It was a huge film show. It ought to be called a festival in itself because of the experience we created.”

The experience was a memorable one for not just the filmmakers. During the premiere two couples took the opportunity to get engaged. And one of the actresses had a baby boy around the time of the premiere. The boy was inevitably named Mufaya.

Perhaps most memorable, is the recognition the film has received. Mufaya won best feature film at the Sotambe Film Festival at Kitwe Little Theatre. The film also earned actor Bizwell Mudenda the best actor award. The jewel in the crown though is that Mufaya has gone down in history as the first ever film to be given the Insignia of Recognition Award by the Zambian president.

With Zambian film currently scratching on the surface with regards content generation the industry needs more visionaries. Recognition is merely a by-product of creation. And the awards notwithstanding, it is hoped Nasho and his collaborators will continue to innovate and entertain audiences. And so long as he does so, he continues to live the dream.

THIS IS NOT A GAME