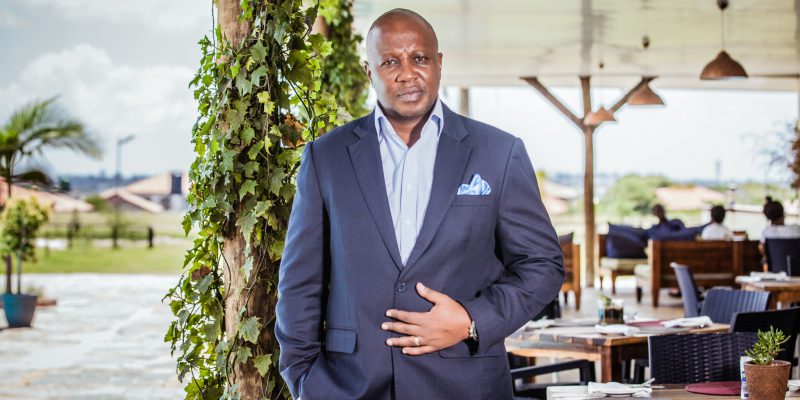 If self-belief is the key to success, Leina Gabaraane’s ascendancy should come as no surprise. The Stanbic Bank Zambia CEO has built a career based on a number of core principles; chief among them is self-belief.

Leina shared his views on achieving success and good leadership with me over a meal at The Retreat, a perfectly secluded and tranquil restaurant in Lusaka. We chose to eat indoors rather than in the al fresco dining area, though we had a pleasant view of the verdant garden and shimmering pool. Inside, the walls were tastefully decorated with a few paintings.

The desire to leave a legacy is one of Leina’s key principles of success. “As a leader I ask what state I have found the institution and its staff. By the time I leave I need to reflect and ask whether I had a positive impact on my colleagues and whether I left the institution in a better state than I found it.”

Prior to joining Stanbic Bank in his native Botswana, Leina had no experience in banking. He was the head of an asset management business. “The group, Standard Bank, took a chance on me back in 2007. They were setting up an asset management company at the time and wanted a CEO. Fortunately, because of my background in finance, I fit perfectly in the role, though I hadn’t actually run an organisation in my life.

“When I set out I didn’t see myself as a chief executive of a bank in Botswana or even in Zambia. I saw myself as somebody who strove to be the best at what they can do and believed in myself. A lot. I can proudly tell you Stanbic Bank Botswana is a totally different bank from what I found.”

As we received our starter course – Leina had ordered the pan fried feta with chilli jam – we moved on to discuss another one of Leina’s principles of success. That is, surrounding oneself with a team of capable colleagues.

“I function as a result of the completeness and competence of the people I work with. If I walked into a role and convinced myself that I can’t do it, I’m in effect saying my team is incompetent.

This principle is no doubt connected to the high levels of self-belief Leina holds. Many leaders would be wary of surrounding themselves with potential rivals for their position.

“They don’t believe in themselves. They keep looking behind their backs thinking someone wants their job. So they surround themselves with weak people. And when you hire weak people who are incompetent you’re not likely to succeed.

Above all I recruit the best people and try to engender an environment of trust. And every time anybody comes to me I don’t need to second-guess them. This helps bring about loyalty from your team.”

As we started on our mains, oven roasted quails for Leina and grilled tiger prawns for me, we spoke about the importance of humility.

“When you get to a position of leadership, it is no longer about you. It’s about them. It’s about the bank. I may be in the highest position in the bank but I must stay grounded and humble. And the reason is because I don’t work alone. If you’re suddenly this big shot who can’t be approachable then you make yourself inaccessible to people. But if you humble yourself then you create an environment where people can talk to you. Not many people succeed in leadership with arrogance and a belief that they can’t learn from anyone.”

As a leader, Leina strongly feels he must lead the way in being the embodiment of Stanbic’s values and ethics. As well as humility he cites impartiality as another key principle he strives to incorporate.

“If you come into my office to ask for my support in applying for a bursary, and I treat you differently from the next guy because we play golf together, that’s not right. If the next guy asks for the exact same thing and I was not guided by principle how can I justify it? Principle is then a manifestation of policy.”

By the time our dessert arrived – the most decadent cheesecake I’ve ever had – Leina had begun to express his views on life in Zambia and what he thought the outlook was for the local economy. Being his first foreign assignment there was a little adjustment needed for him and his family, though not much.

“There is great potential in this country. I have found that Zambians work very hard, but perhaps need to believe in themselves more. The opportunities are there. Yet sometimes we don’t take them because of self-doubt.

“I had a few opportunities in the past, but we Batswana

tend to like to be in Botswana for whatever reason, so I avoided it for a long time. But this was a perfect opportunity for me, primarily because it’s a bigger market.”

Growing up  Leina had many Zambian friends, as well as many Zambian teachers. So in that sense the country wasn’t alien to him. Leina also notes cultural similarities between Zambia and Botswana. “For example, the Lozi people are very similar to Batswana. In many respects being in Zambia works for me.”

Considering the growth Stanbic has shown Leina has eased into the Zambian culture just fine. With a career built upon principles that translate in any culture, the future of the bank and its CEO seem bright. 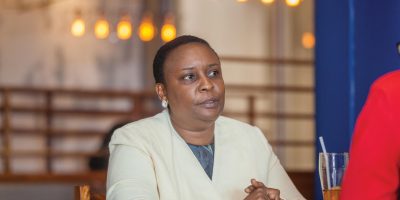 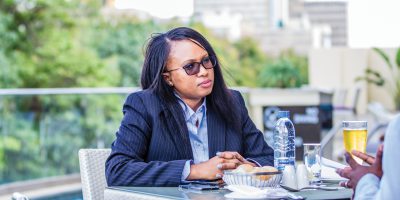 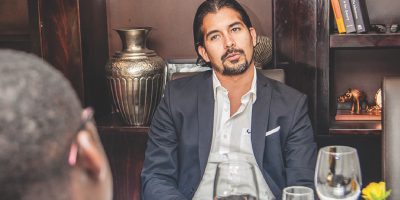 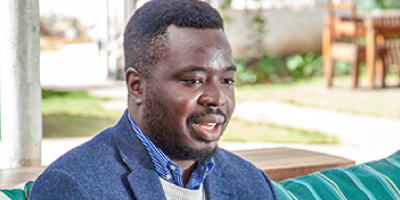