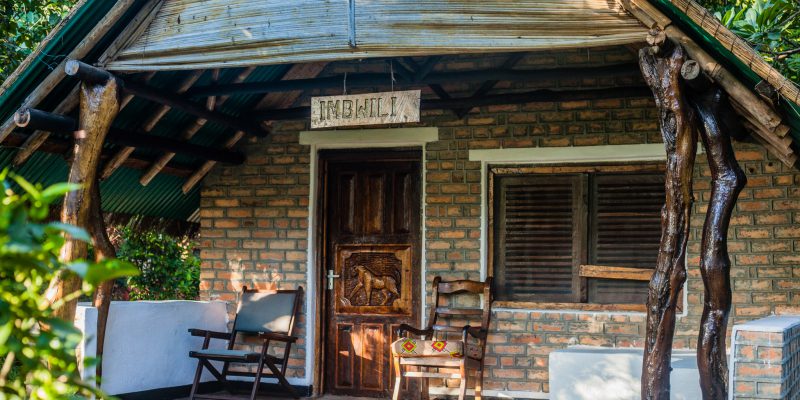 Yesterday we were on the road for over ten hours, but the drive up here was well worth it. The Kapishya Hot Springs are not exactly hot, but they’re a notch or two above warm. In the mornings, a layer of steam creeps above the water like a scene from an old horror movie, but it’s more enchanting than anything else. Stray shards of sunlight cut through the tree branches and green leaves, giving the water a dreamlike filter. Once you submerge your body in the spring’s warmth, it’s hard to come out and face the cold world again. Really wish you were here.

It’s funny how I can never get a cellphone signal when I travel out to these beautiful, far-flung destinations. Joseph, one of the staff members tells me that there’s a spot where I might be able to catch a signal when we go on our hike. I really want to tell you about the lodge’s eccentric owner, Mr. Mark Harvey. He’s got something of a green finger and has exotic plants around the property, a few of them labeled in Latin. His green houses are filled with fruit and vegetables that his wife, Mell uses to make culinary miracles. Her banana and tomato berry jam is to die for. “She’s a genius chef,” Mr. Harvey had said about her in the morning. His eyes light up when he talks about her. “We’ve been trying to get her to do a cookbook but she won’t commit to it!” he’d said shaking his head at her. Mell just laughed it off. We could all tell he was proud of her. I wonder if that’s what we’ll be like when we’re older.

The lodge is self-sustaining. The Harveys have cows for beef, milk and milk products, including butter. They have pigs for pork and pork products, including bacon that they make in a smokehouse in the back. They have chickens for chicken and…you get the idea. All the rooms are built from bricks and wood baked and gathered from the surrounding area. Running water comes from the river that provides picturesque views during the day; a soothing swooshing that helps you sleep at night, and powers the ZESCO hydro station down stream from the lodge. This place has me thinking about owning waterfront property of our own. Maybe it could be self-sustaining too. But there’s no way I’m shoveling pig poop, no matter how tasty the bacon.

I’m not sure if I’d told you this before I left, but Kapishya Hot Springs Lodge is part of the larger Shiwa Ng’andu estate. Mark Harvey’s brother, Charlie and his wife Jo manage Shiwa Nga’ndu Manor on the other side of the sprawling sweep of land. A driver took Lizu and I out there on the second morning of our stay. Lizu couldn’t put his camera down for long, there was so much to capture. I’d mentioned earlier that Mark Harvey was eccentric, but his grandfather, Sir Stewart Gore-Browne?—he was the embodiment of eccentricity.

Built in 1921, Shiwa Nga’ndu Manor was the realised dream of Lieutenant Colonel Sir Stewart Gore-Browne, AKA Chipembele. He did everything from motor racing in the early 1900s and receiving the Distinguished Service Order in the First World War, to sporting a monocle and championing Northern Rhodesia’s independence in the sixties. Would you believe he began constructing the house based off instructions from an old military manual? You should see the inner workings of the thing. Long columns and corridors lead to rooms filled with intricate art and décor from a time you only hear whispers of. Bronze statuettes from West Germany greet you in the foyer; oil paint depictions of Sir Gore-Browne’s forefathers from the 1800s loom over you in the room adjacent to it; framed photographs that look like they had the colour bleached from them hang in even more corridors in this three story maze from yesteryear. Chinese silk paintings line the walls leading up a staircase; silverware from New Zealand sits beside a Flintlock musket “used in defense of Jalalabad in 1842” in the 6, 000 book library. The house also has rooms that old Zambian chiefs and distinguished guests would occupy long ago. These are open to tourist types that might want to spend a night or two at the manor. I’m pretty sure Sir Gore-Browne’s ghost walks the corridors and checks to see that everyone’s turned off their lights by bedtime. Every nook and facet of the building is very intriguing. Mr. Harvey said there’s a book about the house and his granddad. It’s called The Africa House and I’m told it’s a story of aspiration, love and even loss. Maybe you could get it for me on my birthday?

Lizu thought it might be a great idea to go rafting on the Mashya River that crosses the lodge and powers the hydro station. I was all for the thrill, but part of me thought I might knock my head on a rock if the water thrashed our red tube to oblivion. It turned out the river wasn’t that violent. Captain Robe and his lady accompanied us; and Joseph and another staff member were paddling. Oh yeah, Lizu had dubbed one of the guests ‘Captain Robe’ because he and his companion had been rocking bathrobes the entire day. GNL I guess. Best believe the two lovebirds were sporting the robes on our rafting escapade.

Speaking of birds, we didn’t see many out on the river, or during our stay. But Mr. Harvey had mentioned that you could see many species including the black-backed barbet, and the black and white feathered palm-nut vulture. I’m really considering taking up birding one day. When we have enough money and the crow’s feet have crept up on the corners of our eyes, we could sit on our wooden deck and pass a pair of binoculars between us, watching exotic birds swoop into the water to catch fish and insects.

We should really think about coming here sometime soon. I’ll definitely recommend Kapishya to my aunt; she’s been looking for somewhere to take a family vacation. Maybe we could come up with a couple of our friends and camp out by the river. I know you’ll love the dinner table stories Mr. Harvey has to tell about old Zambia and his family. They’re extra colourful when he’s had a little whiskey. Anyway, I’m about to jump into one of those bathrobes and head to the hot spring again. Watching the gas slowly bubble beneath the sand is spellbinding. It reminds me of how I feel when I’m around you. Wish you were here… 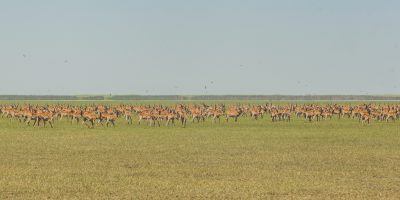 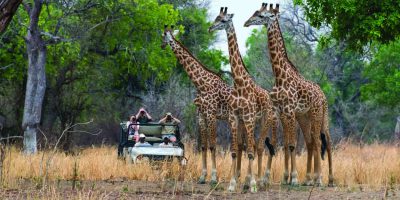 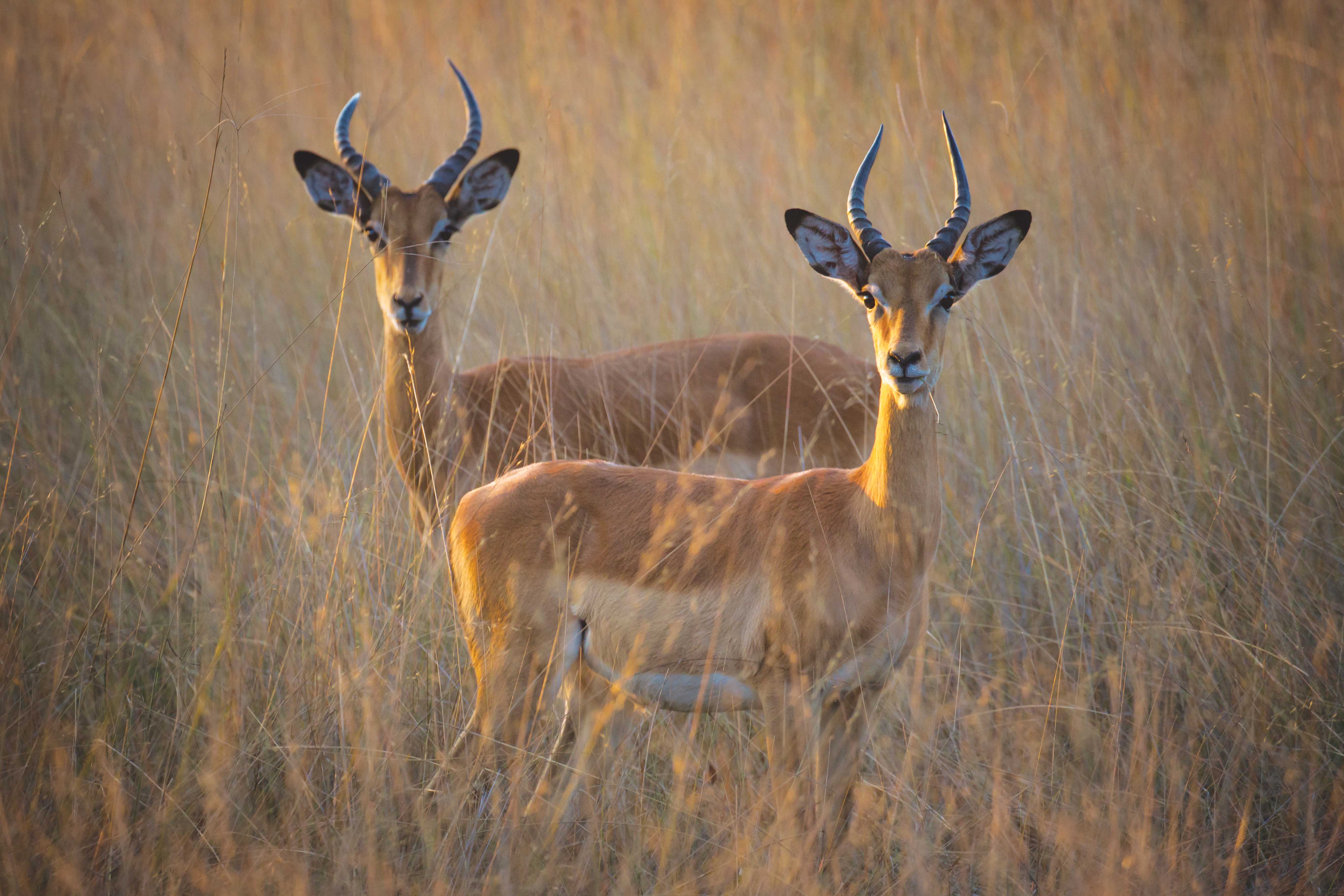 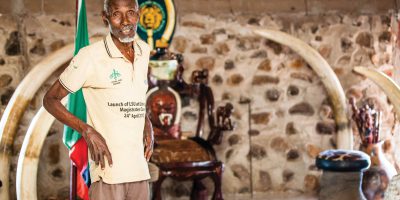 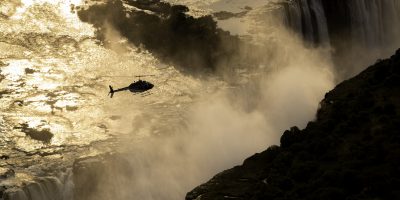 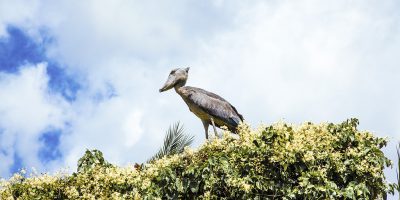