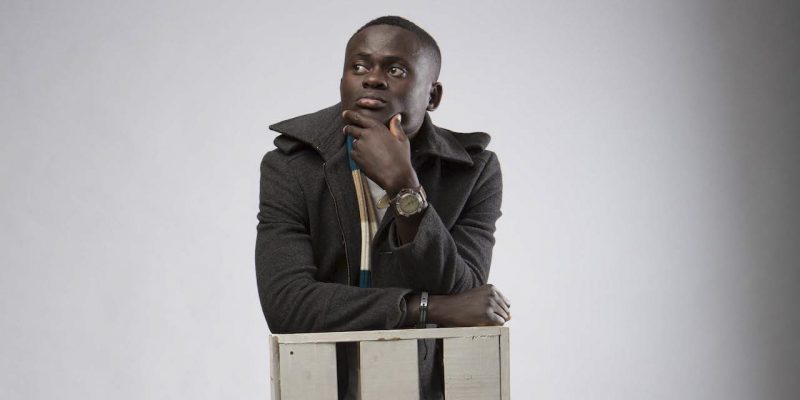 From his workspace in Lusaka, TV producer, Coin, chats with Nkwazi about his work and the thriving local industry

Oak tree in a flowerpot

Golden Yamikani Maiwanga, professionally known as Coin, is a Zambian TV and Music producer but he prefers to call himself a creative. “I wanna be free, I wanna be a creative,” he says. Coin is multi-talented and finds the term “producer” limiting. He draws, raps, can act, plays instruments and has presented on radio. “I feel like an oak tree in a flower pot,” he says in response to the producer title. He feels that what he does is too big to be contained in the single word, producer.

Coin got into music production first and though it’s a passion, he found it wasn’t paying the bills. He got into TV production because “my brother dragged me into it.” His brother gave him a few jobs and he soon found himself earning more than he did from music. He developed a passion for TV and film and has built a successful business out of it. He later went on to find success in music and has worked with top Zambian musicians Pompi, Mag44, JayRox and Wezi, among others.

For Coin there are many noteworthy Zambian programmes but his top picks are classic comedy programme Play Circle, Kabanana, which he describes as a game changer, and Love Games.

Coin’s TV productions include the drama series Njila – The Phase, reality show My Kitchen Party and the talk show Real Talk with Jimmy Kay. All air on Zambezi Magic, which is available on DStv. Zambezi Magic was launched to showcase Southern African productions and airs in Zambia, Zimbabwe, Malawi, Botswana, Namibia and Swaziland. Most of the channel’s programming is Zambian and this gives the local TV industry unprecedented levels of exposure. Coin attributes the increase of Zambian programming airing in the region to the quality of productions, the international market realising that Zambia has lots of stories to tell and locals pushing to have these stories told to a wider audience.

Coin has a positive outlook on Zambia’s TV industry “There’s lots of amazing talent and the industry is growing. There are so many production houses. One thing that’s lacking is platforms but with more channels available this is changing. We also need to utilise online media as a platform. The education sector is not doing enough, with few exceptions. Some components of TV and film production are available at UNZA and ZAMCOM but they’re not a priority. This is despite the fact that TV and film can bring in lots of revenue and contribute to the empowerment of local people. All the people I work with are self-taught. Unfortunately for now, going to film school means leaving the country.”

Coin going over production notes during a shoot

The significance of Zambian shows airing abroad cannot be understated “It’s a humbling experience to tell my stories and have my creativity influencing so many people. It puts a weight on my shoulders because I’m doing this for my country. People will see what we produce and either say Zambian producers are useless or amazing depending on what they see. They’ll learn new things and form their opinion of the country based on what they see. For instance, many people didn’t know about Zambian kitchen parties but now many in the region do thanks to My Kitchen Party. People know more about our culture, fashion, experiences and places of interest.”

Quantity is on the up and so is the quality of productions “The quality’s amazing and this is partly due to the healthy competition that exists amongst Zambian producers. In Central and Southern Africa, Zambia is one of the best for the quality of our productions. I don’t know anyone who has outdated equipment.” As he says this, Coin points to his recently acquired, top of the range KRK speakers.

For audiences looking for drama, romance and reality there are plenty of shows available for them but Coin wants to see more variety on our screens. “One area we should explore is telenovelas or soapies. We are big on supporting soapies from South Africa, India [on Zee World] and Telemundo. But no one is meeting the demand locally. Another area is documentaries. There are a lot of great personalities whose stories haven’t been told in detail: from sports figures such as Christopher Katongo and Olympic medalist Samuel Matete to countless freedom fighters.”

Coin reveals a massive project he plans on undertaking and has kept under wraps until now “The country is rich in culture but we’re not documenting this either. I want to document every single traditional ceremony in Zambia. Even if someone steals my idea I know I’ll do it better. By showcasing our arts, culture and travel destinations we grow the TV and film industries while also contributing to other industries [tourism for instance].”

Coin strongly urges those interested in entering the TV industry, and entertainment in general, to take the leap “TV is the future. Media is the future. Media is going to control everything; it will build and destroy and influence fashions. To make it in the business you need dedication and time keeping. It comes down to project management. Be original. If you’re fake, you’ll struggle. Planning is everything; pre-production is 90 percent of the work.”

On the reality of reality TV “We shoot in real time. We don’t reshoot. It’s genuine. Believe me, it’s real and shows typical Zambian experiences. There’s room for improvement but it’s real. Generally, there are realistic portrayals of Zambia on our TV programmes and relevant issues are brought up.”

Recognition and rewards “The public is watching. The fact that we could produce a TV show and it becomes a household name shows that people are taking the time out of their busy schedules to watch what we spent sleepless nights on. There are award ceremonies and people are getting recognised but it would be good if we had more.”

Challenges and public perceptions of creatives “The older generation did the homework for us so younger producers have it easy. I don’t think anybody looks down on us nowadays. Respect and recognition is there now. I haven’t been looked down on because I’m not in a suit.”

On making the local industry world class “We need to maintain the friendly competition, look what others outside the country are doing, learn more of the business aspects of the industry, work on leaderships and HR skills, give credit where it’s due and network. We’re just getting started, no need for anyone to feel they’re too big to work with someone else.”

We have the technical know-how “From sound people to directors to hair and make-up we have the talent we need. We could do better and that’s where education comes in.”

Free or stifled “I feel free but I also have to be sensitive because TV is influential. There are some stories I’d like to tell but out of respect for tradition or people’s desire to keep certain things secret I can’t tell them all.”

Coin’s vision for the future is stupendous and he believes audiences have a lot to look forward to “I want TV and film to be the biggest industries in Zambia. I want the country to become a hub for TV and filmmaking. There are many shows and films in the works right now, including some Zambia-Nigeria collaborations.”