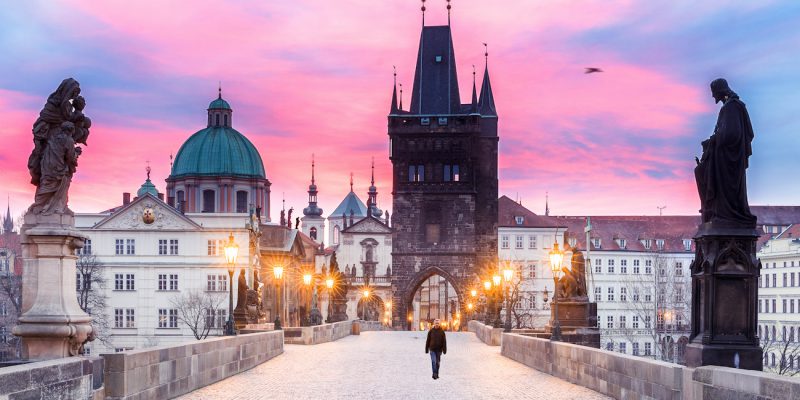 There is no such thing as a ‘bad time’ to visit Europe, but it is difficult to argue against winter taking home the title of most romantic. The myriad of architectural styles found in the many squares and boulevards of the continent take on a crisp new elegance with the arrival of the winter snows, making the drop in temperature worth every extra layer of clothing. After all, there something undeniably magical about a Gothic church spire dotted with freshly-fallen white snow.

Prague by the waterfront

This otherworldly atmosphere is accentuated by the traditional festive markets that pop up throughout the heart of the continent, usually opening in December and running all the way through to the new year. The mass of wooden stalls and twinkling lights are historically linked to the nations of central Europe, but the tradition has now spread as far north as Tallinn and as far south as Zagreb. What British people call ‘German Christmas Markets’ are well and truly a pan-European thing in 2017.

All Christmas Markets follow a simple formula, one that has worked for centuries and shows no signs of failing just yet. Take your finest city square, and fill it with small wooden huts. Adorn these huts with all manner of bright decorations, before filling the huts with a huge variety of traditional gifts and souvenirs, everything from glassware to lace, from ceramics to candles, from hats to gloves to puppets to dolls and everything in between. Cities and towns across Europe are lit up by these extravaganzas, juxtaposing the darkness of early night with the light of the festive season.

The chilly temperatures are quickly forgotten, either through the warmth of mulled wine or the heat of hearty traditional food. Nothing says ‘Christmas in Europe’ like mulled wine, the warm combination of red wine and mulling spices (and occasionally raisins), but those who turn their nose up at the idea of hot wine need not fear – there are plenty of other options when it comes to refreshment at the most magical time of the year.

All of which sounds utterly delightful, and it certainly is. Christmas Markets are an integral part of the festive season in Europe, but the truth is that they are also becoming a little predictable. Describing a city as a ‘Winter Wonderland’ in 2017 is every bit as meaningful as a restaurant referring to itself ‘traditional yet modern’ – it is difficult to deny, but what does it actually mean? If everywhere is a wonderland, nowhere is a wonderland. It sounds great, it reads great, but there must be more to it? If you strip away the shimmering lights, the customary souvenirs and the alcohol, what makes a European city stand out at Christmas? What does a city offer that demands you visit?

What sets Prague apart from the Christmas markets dotted around the continent is what it all means, what it promises, what it keeps hidden in the streets and in the taverns of the city known as the Left Bank of the ‘90s. There are stories here, tales of heroism and villainy, love and betrayal, accounts of one-eyed warriors and revolutionary icons. The city in the very heart of Europe is unlike anywhere else on the continent, both because of what it represents today and what it has represented throughout its tumultuous history. It was here that the first ripples of protest against the corruption of the Catholic Church began to be felt, as the 15th century reformer Jan Hus exposed the ills of the church in the local tongue, setting off a sequence of events that culminated in the 16th century Protestant Reformation. It is the Bohemian capital that was the centre of forward thought in Europe for centuries. The city helped bring about the end of the Austro-Hungarian Empire at the climax of World War One, and went on to live through the worst excesses of fascism and communism in the 20th century. If you want the best and the worst of European history, Prague is where you can find it. There is history here, and it is everywhere.

The beauty of Prague is that there is so much more to it than initially meets the eye, and the Christmas Markets of December and early January aren’t excused from this. The best lager on the continent and intensely addictive trdelniks (sugary pastry rolls, often filled with ice cream as if they weren’t tempting enough) combine perfectly with the glimmering lights and ample fare on offer, but the true purpose of the Christmas Markets is to create the illusion that something special is just around the corner. This is the match to the flame that is the Christmas Spirit. The Markets are just one aspect of a multi-faceted aura that gives itself to the joy of Christmas, the time of year when families come together and express love that is often hidden under the mundane of the everyday.

The markets are found all over the city too, with each district offering something different to the main event on Old Town Square (Staromestske namesti). The markets on Peace Square (Namesti miru) are arguably the most adorable, the festive spirit backed up by the monumental Church of St. Ludmila and the stylish surroundings of Prague’s most desirable neighbourhood (Vinohrady), an area that suffered dreadfully during the Communist rule because of its perceived ‘bourgeoisie’ status.

All of Prague becomes a Christmas village, the many squares accentuated by the luscious snow and decoration. The Fruit Market (Ovocny trh) is converted into a skating rink, a welcoming activity for everyone from middle aged couples down to young children. The location could not be more idyllic – sidling idly by on blades as the Estates Theatre, the Karolinum, and the House of the Black Madonna takes turns dominating the view. There are plenty of rinks throughout the city, but none come close to Ovocny trh when it comes to idyllic aesthetics.

No talk of Prague is complete without mentioning the number one sight in the city, the largest ancient castle in the world and the highlight of any Praha itinerary – Prague Castle. The largest ancient castle in the world, it also happens to house the largest collection of wonders in all of the Golden City. The Golden Lane (Zlata ulicka) is the most picturesque street in a city full of picturesque streets, a cobbled lane where 16th century alchemists once slaved away in an attempt to make gold from lead, instead only managing to make holes in roofs and dents in the moods of emperors. Prague’s own Franz Kafka used to spend evenings here too, socialising with his sister at number 22. Prague Castle acts as the seat of the Czech President in the modern age, but this doesn’t mean that the complex is ever closed to visitors. Even during the height of winter, the Old Royal Palace, St. George’s Basilica, the Cathedral of St. Vitus and the rest are open to anyone who wants to check them out and has paid the necessary entrance fee.

The list of sights at the Castle is seemingly never-ending, but the true pearl in this winter crown is the aesthetics and aura of the castle itself. It is difficult (read; impossible) to overstate the majesty of the combination of Gothic architecture and snow. The two almost feel made for each other, the snow accentuating the awe inspired by the pointed arches and ribbed vaults. Standing in Prague Castle in winter makes you feel like a part of something bigger, something special, something exceptional. It is the Christmas feeling that many companies around the world dearly wish they could bottle up and sell in time for the festive season. But even Prague Castle isn’t exempt from playing its part in the festive anticipation. The buzz of anticipation that is felt at one of the castle’s many lookout points attests to something special hanging in the air. What better place to take stock of the most wonderful time of the year than looking out over Europe’s most romantic city, with the castle behind you and the town of Kafka, Dvořák and Havel stretching out in front of you?

Food is an integral part of Christmas, a fact that almost goes without saying. The UK has taken to affectionately referring to December 25 as ‘Turkey Day’, and the entire festive season is often seen as an excuse to eat, eat, and maybe do a little bit of eating in between meals. A traditional Christmas dinner may be difficult to find in Prague, but the grub you’ll find may well be tailor-made for long winter nights and colder temperatures. ‘Heavy’ is the word that comes to mind, in the most positive interpretation of the word. Czech food focuses more on sustenance than aesthetics, a heart-warming throwback to when food was about what it gave you as opposed to how it looked. Dumplings, pork knuckle, potato pancakes, goulash and black pudding are all ubiquitous in winter time, with the emphasis on preparing you for the elements and the elongated nights. If Czech food existed in human form, it would almost certainly be a friendly grandmother, chuckling to herself as you shiver in the dining room, before placing a steaming bowl of goulash and dumplings in front of you.

Prague’s city centre is full of restaurants, bars and cafes waiting to take you in and refuel you, and almost every building has a story to tell. Football clubs and political parties have been founded between these walls, wars began and wars ended, taverns where rebellion was conceived and where revolution was plotted. The story of Prague is alive and well in the 21st century.

The very idea of what it means to be ‘European’ is being questioned throughout the continent, but is there a city that encapsulates everything good about it better than Prague, the iconic capital of the Czech Republic? The city has many nicknames, but ‘The Heart of Europe’ and ‘The Left Bank of the ‘90s’ do a good job of summing it all up. This is the geographical heart of the continent, the nerve centre of humanity’s most influential land mass of the modern era, a city of a hundred spires (the reality is closer to a thousand) that encompasses everything magical and extraordinary about Europe. It was here that the religious reformation began in the 15th century, a century after Charles IV gave culture in central Europe a much needed boost with universities, galleries and more. Fascism took hold here in the late 1930s, before communism took over a decade later. Czechoslovakia was arguably the most slavish of all the Soviet satellite states in Europe, but the Velvet Revolution of late 1989 showed that the poetic heart of this nation had survived five decades of surveillance and totalitarianism.

That same poetic heart still beats to this very day, felt in the optimistic atmosphere and enveloping joy that is Prague in winter, the city of playwrights and poets, of composers and connoisseurs.

A STEP OF FAITH 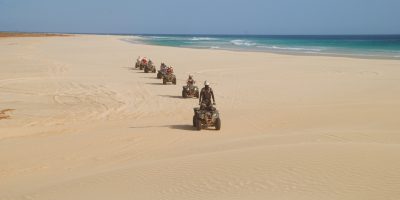 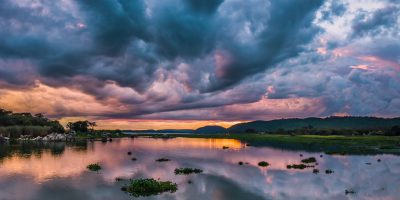 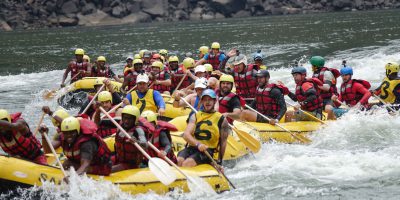 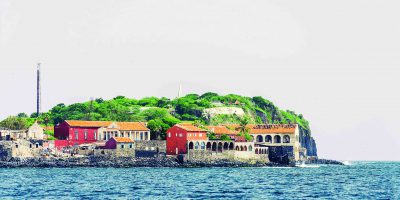