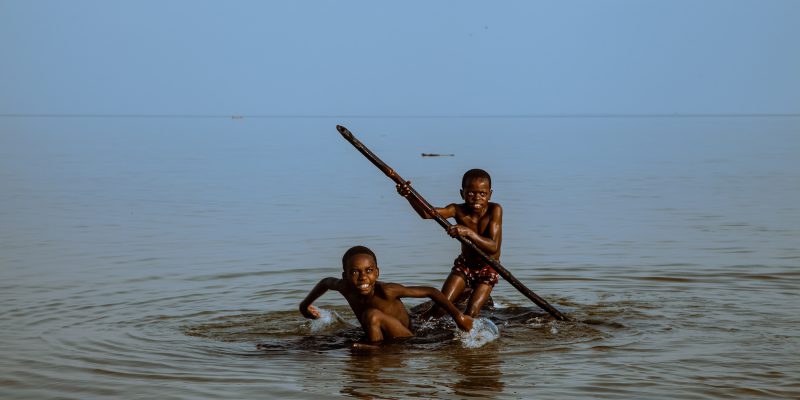 The Lake Bangweulu catchment area is not only unique but, also one of the most beautiful places found on earth.

Fishermen in canoes trawling for fish

Lake Bangweulu is the most prominent in this catchment area. It is shallow and friendly with an average depth of 4 metres while the deepest point is 9 metres. At its widest point, the lake is 40km while its total length is 75km. The temperature here ranges between 25-28 degrees Celsius. This lake is the biggest out of a complex of nine covering a total area of 15,000km2. The complex comprises Chifunabuli, Wali-Lupe, Kapopolombe, Chinwe- Shiba, Kangwena, Chali, Kafumbo and Kasongole. Out of these only Wali-Lupe and Chifunabuli are linked to Lake Bangweulu.

I vividly remember how I had seen Lake Bangweulu for the first time as an eleven year old boy on a family trip to the home village in Kawambwa. My father, my two brothers and I had embarked on an all boys outing and had left our home in Monze, Southern Province, the previous day. We had arrived in Samfya very late at night and had no clue that we had used the newly built Tuta road from Serenje to Samfya. Very early the next morning, restless of being so far away from my usual bed and not even knowing where I was, I woke up to a rather strange noise from outside the council guest house. After walking through the corridor and opening the main door, I was shocked to see the largest mass of blue I had ever seen. There was no separation of sky from earth. And going sideways it just seemed to go on and on. Everything seemed to be one whole gigantic blue. This was the very first time I had seen a lake and this one was called Bangweulu. I learned through the Samfya District Commissioner, Mr. Nason Bwalya that Bangweulu meant ‘Where the sky meets the Water’.

Locals in an antique fishing boat

31 years later I made another trip to Samfya. After checking into Chita Lodge, the town’s most exclusive resort, my colleagues and I decided to immediately venture out to the town’s marina and harbour to secure a boat cruise for later. The harbour was actually about one and a half kilometres to the right of the lodge on the lake shore. We were led to the place by the Lodge Manager, Mr. Kabwe Folotiya who also told us the Zambia Postal Services were planning to try out their new boat cruiser later that day. The harbour itself is a busy place with fish trading the predominant activity. The place is full of reed mat houses and storerooms. It is also filled with a lot of small boats without engines that have to be paddled on the lake. Town folk of all sorts can be found here. It was also from here that we were also able to capture a magnificent view of Chita. We also witnessed the arrival of the scheduled passenger and cargo ship Post Boat from Chilubi Islands.

“Ok let’s head back to the beach, the boat shall meet us back there immediately it’s refuelled,” shouted Mr. Kabwe.

Teens jumping off the pier

An interesting feature of the lake is that the Chambeshi River, originating from the north-east flows into Lake Bangweulu and comes out from the south west as Luapula River. Luapula is translated ‘has passed through’ in the local language.

The lake has three islands – Mbabala, Chishi and Chilubi. Chilubi being unique because it is the only administrative centre on an island in Zambia. Mbabala and Chishi alone have a combined population of 12,000 people whose mainstay is fishing. “The local people are Kabende from Kalasa Mukoso while Abena N’gumbo are from senior chief Mwewa,” the DC explained further.

“Abena Ngumbo actually celebrates the Konga which is a triumphant ceremony. Long, long ago the Abena Ngumbo clan left Kola in Congo and were being pursued by an enemy until Manga at Lake Chifunabuli where they stood their ground and defeated their pursuers. This traditional ceremony is held in Lubwe under Senior Chief Mwewa,” added one of our local guides

Samfya beach in front of Chita Lodge is one of the most interactive places on earth. The beach is multi-cultural and attracts people from all walks of life. Getting back there that afternoon Lizu, our photographer, and I had so many photos to take. Activities taking place ranged from barbecues to swimming, water sports like volleyball and many others. A look to your left you see some teenagers burying themselves in the sand while some very small boys are trying to revive a sunken canoe. As you turn to your right, you have up to ten guys wanting to take you out on the lake in their rusty canoe for a small fee. A further walk on the beach and you see some small boys in their busted clothes collecting used plastic bottles and you wonder why or what for?

A speed boat taking tourists out onto the Lake

You look back and you see some boys diving into the lake from the pier. On weekends afternoons are the perfect time to be on the shore. When folks get tired of strolling on the beach, they retire to their seats, eat, drink and allow the sun to set behind them.

“Bakalamba, the boat is here,” shouts Kabwe. He was standing on the pier with a wide grin and looking out to the approaching cruiser on the shore.

One of the locals shed light on the socio-economic background of the area. “The lake has more than 8000 fishermen who are mostly subsistence. The common fish caught here are Tiger, Bream and Tilapia, as well as what the locals refer to as Imbowa, Imilonge, Imintesa, Chinsense, Utubombola, Insangula, Imbili, Impende, Imanse, Utuminsenga and many others. Agriculture is only carried out on a small scale. Other economic activities are trading, especially in charcoal and mat and basket weaving.

“Then apart from the lodges and the beach, there are also the Bangweulu wetlands. These are easily accessible through Kasoma Lunga, 45km from Chita. Access is through a series of water channels which sometimes, maybe clogged in the dry season due to low water levels. There’s actually a Game reserve here where you shall find fauna and flora like Black Lechwe, Sitatunga, Waterbucks, Shoebill, Mashinge Reeds and Water lilies.”

A view of Chita Lodge from the beach

The sunset boat cruise took us along the popular shoreline where we caught a breath-taking view of the sunset as it also flowed across Samfya town, the harbour and the lodges. We were about 30, all from Chita Lodge and all excited about being the first ones to try out the new cruiser by Zampost. The ride was thrilling with some regular water splashes as the boat went from side to side at top speed; this was actually an adrenaline rush for most of us who were experiencing this for the first time. It was so very different from the pontoon rides we were accustomed to.

The potential for tourism and other investment in this area is even greater especially after the recently held Luapula Expo. Other attractions which are rather still being explored are recreational fishing, boat racing, boat cruise and others. With establishments of the quality of Chita opening up visitors are now presented with incentive to stay longer. The province is also looking forward to more attractions gazetted as heritage sites by the National Heritage Commission of Zambia. These are places like Chitoba Luba which is a single tree with different tree types, found in Mano Area in Mano ward. There is also Luchele Nganga which is a marked rock on the Lake. Samfya beach is also yet to be gazetted as a national heritage for the general public to fully exploit.

Very early the next morning, watching the sun rise from various vantage points of Chita Lodge was just a wonderful feeling. The lodge sits on a hillside facing directly into the rising sun opposite. You actually feel caught up in the first light. This experience attracts a lot of curious guests taking pictures and before you know it, you are all drifting towards the beach to receive and feel the early morning waves as you stroll around aimlessly. This period is very tranquil and this place has perhaps the longest sun rise I have ever experienced in my life. Just imagine for about four to five hours the sun is an orange state, its rays reflecting on the lake, a few early morning fishermen and an awed small but, scattered group of visitors. During this period this place is very quiet apart from the splashing waves, a few whispers and in the near sky-one or two hawks diving down to catch some fish. It is also so full of fresh air.

Dinner table at Chita lain out for guests

Samfya town itself is quite an attraction featuring a big village called Mwamfuli meaning Umbrella. Then there’s Lupili, a low density area on the sidelines of the central business area. Other townships have names such as Messenger and Clerical names arising from the designated housing in colonial days.

Samfya enjoys a good road network. Especially considering its size. This was seen as we drove round the town. The communication infrastructure is in place as well.

“We enjoy a warm and cordial relationship with investors here especially in the tourism industry. We are very grateful to the new players like Chita for providing a facelift to the town,” added the DC.

Another view of Chita Lodge from the beach

“AIso in terms of development, the council has plans to develop a shopping mall; one of the local chiefs has also given land for a new airstrip to supplement the aerodromes currently being used by the flying doctors service. There is also another airstrip on Chilubi Islands,” added another town council official.

After three nights of our stay in Samfya it was not easy for the crew and I to travel back to Lusaka after all the enjoyment but, we promised ourselves we would soon be back to sample the boat cruise to the Islands and the wetlands which was offered to us by the authorities of Luapula province.

The crew would like to express gratitude to Luapula Province minister Hon. Nickson Chilangwa for his assistance in facilitating many aspects of the trip. 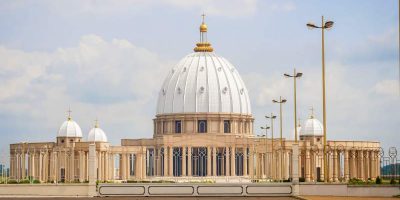 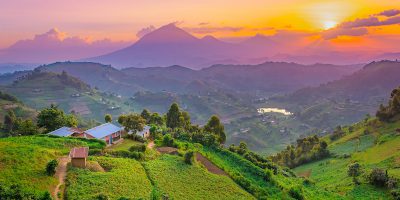 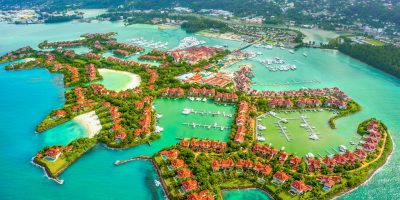 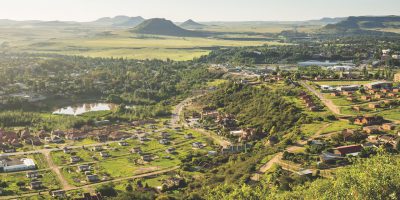